Lots of people care about animals but not many can compare with the level of commitment that entrepreneur and philanthropist Anna Kogan lavishes on Russia’s abandoned cats and dogs. 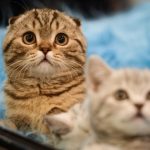 “Sometimes you have to follow your heart, with a crazy amount of courage, and be prepared to risk everything,” says entrepreneur and philanthropist Anna Kogan, who spends her entire yearly salary helping Russia’s stray animals.

At the same time, the Russian-born credit trader is involved with Britain’s first cat café: Lady Dinah’s Cat Emporium, opening in London next month and filled with cats from the Mayhew Animal Home. When founder Lauren Pears raised £100,000 through crowdfunding and later realised she needed even more money, Kogan stepped in to get the project off the ground. “I knew straightaway that it was a business I needed to be involved in, as I love animals, and cats in particular,” she says.

“I’ve always wanted to make the world a better place for animals,” Kogan tells me over coffee in her spectacular all-white split-level penthouse flat in Great Portland Street, which she shares with her boyfriend, a fellow banker, and their two rescued cats Bonnie and Clyde.

Despite the glamorous home, which is in part courtesy of her partner, Kogan is a world away from other young well-heeled Russian Londoners, with their conspicuous shopping habits. “My boyfriend pays for this flat and our living expenses. Every penny of my salary goes into my animal charity. It’s bleeding money, but it’s money well spent,” she says. 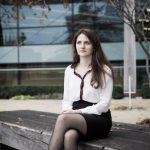 Anna Kogan: “Before I started the charity I used to spend all my emotions, time and money on rescuing individual cases, which broke my heart. For every animal I helped there were hundreds more horrific cases sent to me with greater speed.”
Kogan, 30, arrived in London with nothing in 2006, becoming a well-paid banker in her early 20s. “In Russia, if you want to change something, no one listens to you unless you have money, power or some sort of status,” she says. “Since I was a child, I had it in my head that I had to make money, so that’s why I became a trader. I always grew up with animals but I was also exposed to a lot of animal cruelty and suffering in the streets. It was the saddest part of my childhood.”