Happening in EUROPE: dogs and cats buried alive, skinned for “belts”, poisoned and beaten to death

Warning: Disturbing content. Images contained in this article are not suitable for young audience and emotional people, as they may cause distress.

Chisinau – the capital of a tiny , mostly rural Moldova – a country in Southeastern Europe, one of the 15 former Soviet Republics. Moldova is famous for its wine and delicious food. Chisinau has a huge amount of cheap restaurants and clubs and, as its mayor claims, is a typical “European capital”, just like Rome, Paris, Madrid or London.

Well, no, not really. Here is the real Chisinau. 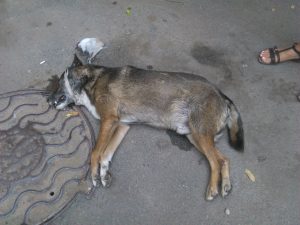 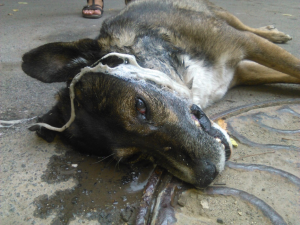 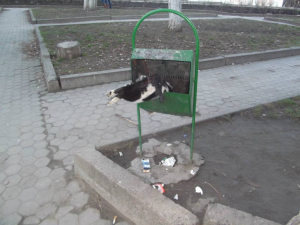 The animals, mostly homeless, some owned, allowed to roam freely, are being poisoned and their lifeless remains are left on the streets to rot. Passers-by are mostly trying to avoid paying attention to “man’s best friends”, who lived forgotten suffering on the streets and died in the most inhumane of ways. After all, It is not their fault, that the country, aiming to join the European Union one day, has no legislation protecting animals from cruelty and abuse.

Moldova has no municipal animal shelters, no social neutering programmes.

The government seems to be uninterested in putting any efforts toward implementing any kind of infrastructure to deal with the country’s huge stray problem. Instead, dead (or often alive) stray animals are being simply considered rubbish, nuisance and it is the responsibility of the Municipal Waste Disposal department to deal with rubbish. 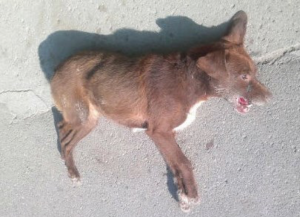 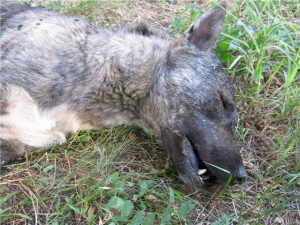 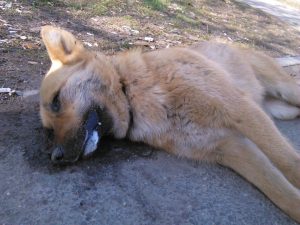 According to local residents and the countries few animal welfare activists, the municipal waste management services are going the “extra mile” to save tax payers money by simply leaving poisoned food on the streets and, after watching the agonizing deaths of cats and dogs, just removing dead bodies, at some point.

A day or two may pass by for the rotting corpses to be removed, all the while local residents, including children, walk by and see everything.

However, some of the strays get “lucky”, they are captured, using the equipment pictured below and strangled right away or taken to the waste management premises and killed there, where the people cannot see, mostly beaten to death and thrown in a mass grave, some still conscious. 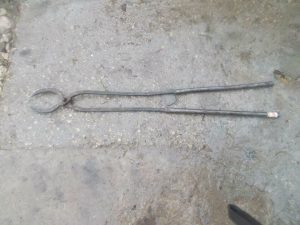 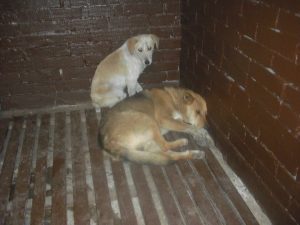 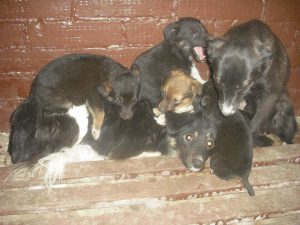 “Death wagon”, drives around the city at night and “removes” strays, dead or alive. Young puppies and adult dogs are then crammed together with no food or water, waiting to be executed in the most inhumane way: beaten to death or buried still half-conscious and thrown into the well of death. 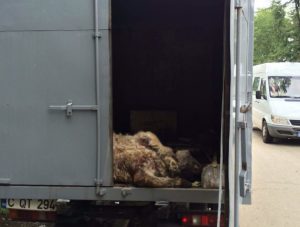 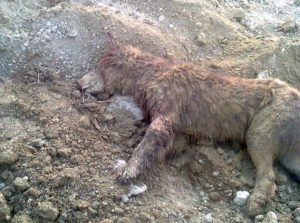 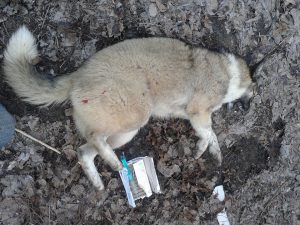 The least fortunate ones are skinned alive to allegedly make belts, that are often seen sold on the local market as a supposed back ache “remedy”. 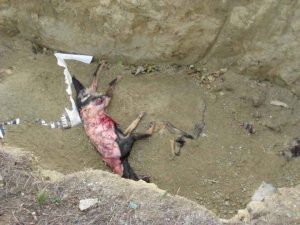 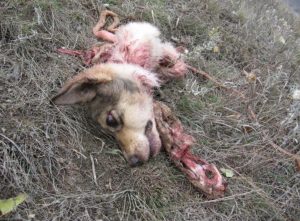 Forgotten Animals, a UK-registered charity active in the former Soviet region, is going to lobby European Parliament and authorities in Moldova to take urgent measures and stop these barbaric practices, implementing a transparent municipal shelter system instead, with open access to public in order to control its activities and prevent corruption and animal abuse, today happening behind closed doors.

In order to do that, the volunteer-based charity needs your help: Forgotten Animals Moldova is made up of 2 volunteers with no source of income.