The real price of the Istanbul’s steet cats fairy tale 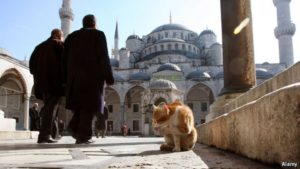 Turkey. Istanbul. Cats. For years now, Istanbul has been portrayed as a “cat haven” by the world’s media. Beautiful photos, tourism board videos and award-winning documentaries show us a peaceful, happy and healthy coexistence between street cats and the animal loving local community of the 15 million city.

The Istanbul Metropolitan Municipality’s Veterinary Services Directorate  says the estimated number of stray animals – both cats and dogs – is around 250,000.

The real number is, however, much MUCH higher.

According to the Istanbul Chamber of Veterinary Surgeons, the number of stray dogs alone is around 300,000 and cats – the icon of Istanbul – exceeds 700,000. This huge (and growing) number is perceived by many as part of a romantic and exotic culture of mysteriousTurkey… But do we really think that nearly a million of homeless unprotected animals roaming the streets is a sign of a prosperous society?  Or is it a clear indication of a severe crisis instead? 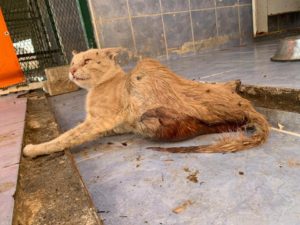 Unfortunately, there is a huge gap between idyllic Instagram images and real life of stray animals of Istanbul, whose daily existence is full of suffering.

Istanbul’s visitors and tourists mostly stay in the “fanciest”, cleanest areas and fail to see the rest of the huge metropolis, where sick malnourished animals are dying daily from neglect, untreated deceases, thirst, starvation or abuse.

Vera used to volunteer with homeless animals in Russia, but 7 years ago she decided to move to Turkey. Even with all the neglect and abuse she saw in Russia, where animal welfare culture is practically non-existent,  she was still horrified to discover the dire situation of stray animals in Turkey. Particularly so that of cats. That is how she decided to contact Forgotten Animals and expose the real situation, asking us for help, advice and support. 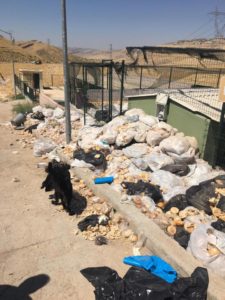 In 2017 Vera started her own animal welfare organisation “HAYVANLAR İÇİN MERHAMET DERNEĞİ” to help neglected animals as much as she could, despite her very limited resources. Vera quickly realised, that whatever was being done to help homeless animals of Istanbul was nearly not enough to stop the growth of stay cat population. Based on her previous experience in Russia she also knew that immediate action and funds were urgently needed to start raising awareness of the situation and to launch a Spay and Neuter initiative as the only humane and effective method of reducing  the number of suffering stray animals.

However, not many people were willing to help or contribute to her cause. Instead of attracting volunteers and donations Vera started receiving dozens of requests to rescue abandoned, injured or sick animals every day. 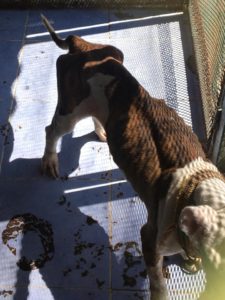 Neither the Turkish Government nor the local administration has shown any support to Vera’s initiative, despite one of her goals being to make the city cleaner and more appealing to tourists. There are no official regular programmes to spay and neuter stray animals, especially cats.  The quality of surgery in municipal veterinary clinics is poor, requires a long rehabilitation and daily injections of antibiotics for at least 10 days. Often operated animals are left in filthy shelters with no basics such as drinking water and food. Post-surgery complications occur constantly resulting in infections and often deaths of animals.

Vera tried to directly work with the few existing municipal shelters to consolidate her experience and effort with their outreach and resources. Unfortunately, she was not welcome.

She was hardly allowed to visit shelters and when she was, the conditions animals were forced to live in and the level of care provided horrified her.

Most locals are generally kind to street animals. But, unfortunately, very few realise that not chasing them away or even feeding them is not enough, while the only effective way to help them is through neutering programs. Often people give cats shelters in their gardens or outside their houses and feed them. Fed animals continue breeding and soon, instead of 2-3 cats, there are 30, and yet no one thinks of neutering them.

Obviously, people cannot afford to keep them all and animals end up on the street.

Vera receives regular calls from locals who ask to accept kittens and cats to her shelter. When she asks why the cats weren’t neutered to avoid multiple litters, people answer that municipal vets don’t accept strays easily and there are long waiting lists to neuter them for free.  There are private vets as well but most people cannot afford their services. Municipal authorities themselves call Vera regularly and ask her to take unwanted cats from their boroughs under her care.  She always tries to convince them that neutering is the only way forward. Neutered cats would stop multiplying in numbers and male cats would not spray or fight. Sometimes she succeeds and tries to neuter as many cats as her organisation’s scarce funds allow.

However, often authorities simply collect unwanted cats and relocate them to abandoned areas such as mountains where poor animals slowly starve to death. All while, humane euthanasia is not allowed in Turkey (ironic, isn’t it?). 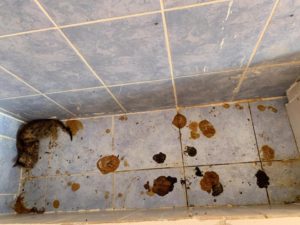 Would you ever imagine how  heart-breaking the ugly truth that is hidden behind these Instagram pictures of cute cats peacefully sleeping  on the best seats at cafes and restaurants is? Just go outside these areas and you will see malnourished and sick animals who have no one to ask for food and care, starving or suffering at the hands of humans who abuse or simply neglect them.

Istanbul is also known for those small houses that people build around the city to give cats shelter. In reality, these houses are not fit for purpose. Moreover, they actually contribute to the spreading of infections among cats. Also, people abandon their unwanted pets and their litters in those houses, believing it is better than just to throw them on the streets, which is actually the same, if not worse, as cats tend to fight for territory.

Another common perception spread by the media is that Istanbul cats are being regularly fed by everyone. That is far from truth as well.  In some areas situation is slightly better, but generally cats are not fed regularly. The municipality comes 2-3 times a week and leave a small amount of dry food which is obviously not enough. Only stronger animals get to eat, while the weaker and kittens starve. There are few volunteer rescue groups surviving on irregular donations,  who can only feed and neuter cats in one small area.

Vera’s organization works tirelessly to improve the situation despite the extremely limited donations and contributions. People in Istanbul  are not very willing to donate to help homeless animals, partially due to cultural traditions or because they believe that street animals live a happy life without the need of human help and support. To get cats neutered she often has to spend her own money.

Vera needs help. The situation is critical and almost nothing is being done to tackle it.

Please, do not be deceived by the polished pictures of cute and happy cats of Istanbul. Look beyond the gloss! Only with immediate action, hundreds of thousands suffering cats be helped and Istanbul can be turned into a real cat loving haven! Act today, support Vera’s fight for a better future of Istanbul stray cats.