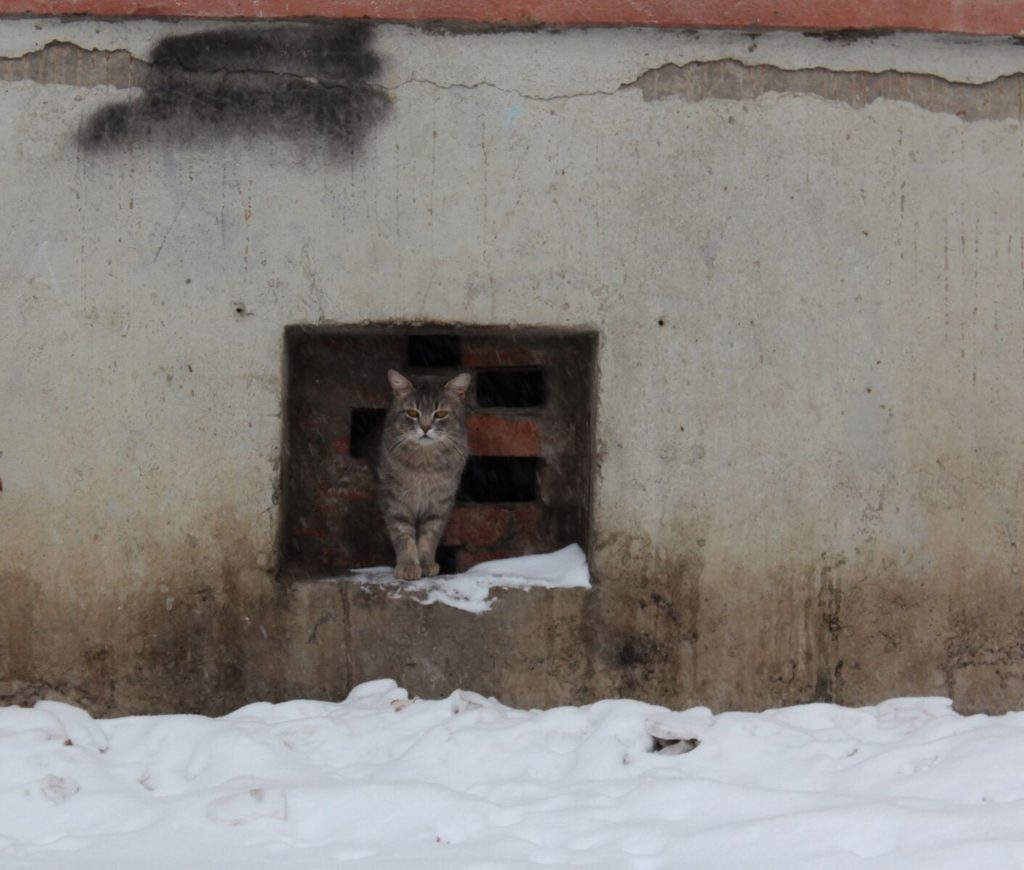 I recently had a conversation with a certain person, that was very revealing in all senses of the word (and in places even epic). The subject was, of course, cellar cats. We each had our basic premise: mine – that cats do not belong in cellars and it’s ACCEPTABLE and the RIGHT THING TO DO to brick up empty cellars (that don’t have any cats in); the opposing view – that it’s fine for cats to be in cellars and we need to get the city to make sure that all cellars (even empty ones) are left open.

Sadly, we had to bring our chat to an end because my very reasonable opponent, from his moral high ground, thought that, when his arguments were defeated and he couldn’t find any new ones (and he didn’t want to admit he was wrong), the best tactic for asserting his point of view would be to get personal and change the subject.

So, the basic point made was that “it is fine for cats to be in cellars, that’s how it should be + every cellar should have special openings for cats, even if there is not a single cat in”.

First argument. Let us imagine that a cellar is empty and has been sealed up. Winter comes, a cat shows up at the building but the empty cellar is all boarded up. What happens next?

Second argument. “If there are no cats there will be rats”. 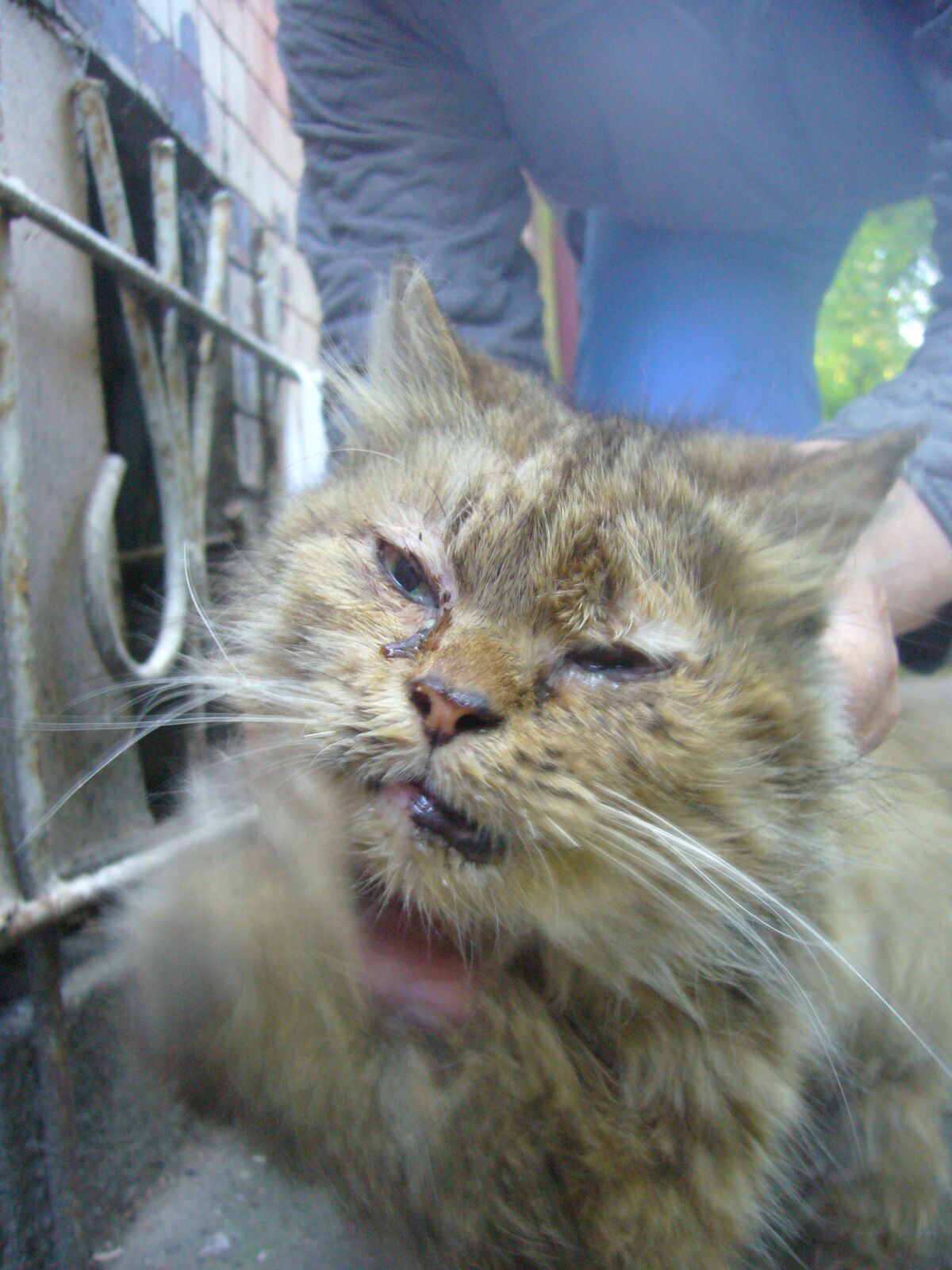 Third argument. “If there are cats, the fleas will live on them and not bother people”.

They get rid of fleas using pesticides, yes. It’s true, I won’t deny it. And believe it or not it helps. They exterminate them and they will go on doing so, housing services are duty-bound to. The only problem is that, if there are cats in the cellar when they put the insecticide down, they die, too. A girl I know saw a kitten dying from this – and it was not fast. He suffered a lot before the end of his short little life: he writhed, squealed and blood flowed from his mouth, nose and eyes. But “at least fleas fed on him, instead of bothering people, that’s what matters, right?”

Fourth argument. My favourite. “Cellars are nice places for cats!” (this intersects with the “By their nature, cats have to be free!”)

Not once, not twice, have I had to return to a cellar that had been completely ‘cleared’ (and then not sealed up) to find a new cat colony there. And half the time this re-population has been caused by old ladies who feed them (people who, just moments before were expl). But how can we chuck them out – we can’t take them home (where we have all of 1-2 cats already) and, well, if there’s nothing living in the cellar, who are we going to feed? The Great Mission would be stalled – and that cannot be allowed to happen!

Returning to the question of leaving empty cellars open. There are those amongst us, well, you know the sort – if there’s a hole in a cellar, they’ll chuck a cat into. It’s axiomatic. It’s like some sort of provocation. If a person drops in at a dental surgery that’s all clean and tiled, it wouldn’t occur to him to litter it with seed husks or flick away their cigarette butts. But if a person is walking through a neglected courtyard that looks more like a rubbish dump, it’s as if the arm has a reflex all of its own to rid itself of a superfluous something, even if it’s just a bus ticket (the place is already full of rubbish, after all). Such is the human mind. So an open cellar doesn’t stay empty very long, and then, hey presto, the well-trodden path, another population explosion of cats that nobody wants, left to grow feral.

It isn’t nature that makes cats feral, it’s people. Here’s a cat, here’s a hole into a cellar, no need to give it a second thought: “old ladies will feed her” + “it’s nice for cats in cellars” = in she goes! And the person’s conscience is clear, he didn’t kill her. After all, dealing with the consequences – what’s that? He’s not going to put his shoulder into trying to get through a law on the universal sterilisation of non-pedigree cats, work hard to get the public to treat animal-protection as a moral issue, pay proper attention to the ethical treatment of animals– why do we need to do that, right?

Better if we get empty cellars to be left open and keep chucking the cats in. Better, that is, that our cities continue to be choked up with homeless cats and animal-loving volunteers toil on in the knowledge that their efforts are completely futile. Only then will everyone be happy, especially the cats.

So, to summarise: CATS DO NOT BELONG IN CELLARS! AND IT’S ACCEPTABLE AND THE RIGHT THING TO DO TO BRICK UP EMPTY CELLARS!