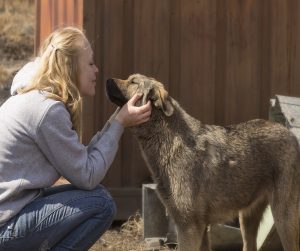 In the past few years,  many articles on legislative ‘projects’ related to animals and affecting the regulation of animal-human interaction appeared in the national media. We decided to find out the real state of affairs. It turned out that many quite respectable and respected media agencies and outlets rush to conclusions and often wishful thinking that causes excessive illusions about the progress as opposed to lack of action within the public.
Many initiatives surfaced during this time – from the breed specific restrictions for “dangerous breeds” to various attempts to change the 245 Article of the Criminal Code, not to mention the numerous proposals in attempt to draw a comprehensive “Federal Law On Responsible Treatment of Animals” proposal.

Forfotten Animals Russia has been working with several Duma members, drafting and submitting legislation proposals, one of them being the rewriting of the 245 Anti Cruelty Article, so it can become viable and be applied to prosecute animal abuse and increase punishments for cruelty cases. The ruling party, however, keeps finding excuses and answers why it is OK to leave the law as it is, despite the daily evidence to the contrary: there is plenty of cases of unspeakable cruelty, but in 2014 only 15(!) cases were opened under the 245 Article in the entire country.

Recently, the national newspaper “Vesti” published an article with a title which would make anyone think that there is (and has been put in action) a bill that would oblige the owners of dogs of “dangerous breeds” to insure their civil responsibility for the potential harm caused by their pets. If one delves into the issue deeper, it becomes immediately clear, that this is just a “milk cow” idea from the ​​insurance companies, which they very much want to bring to life, nothing more.

How can these ideas become reality?

First, a group of interested and qualified experts has to study arguments from each field and research for the legal basis for such law. Then, one of them with an appropriate title and credentials (qualified practicing laywer) drafts a proposal supported by Duma members, who then submit it for consideration to the Federal Government. By statistics, the majority of submitted bills never go any further. Only a few, after a very hard work of making variuos amendments, have a chance to become an actual law. There are plenty of “ideas” among the public regarding Animal Welfare Legislation, but very few people who are actually willing to engage in a long and painstaking work to convince authorities on what can and needs to change. That is why Forgotten Animals Russia team, headed by its President and lawyer Anastasia Komagina, need all the help we can get to be able to continue the real investigative, lobbying work for a variety of properly drafted legislative proposals, that actually stand the chance of becoming a law one day.

There are other laws concerning stray animals, wild animals, exotic pet ownership, the issue of responsible pet ownership amongst citizens, the last being something the whole population has been waiting for for many years. One of the key parts of the solution is a mandatory registration and identification in the form of microchipping – the requirement currently absent.  Liability insurance for the owners of “dangerous” dog breeds – is a first small step in the right direction, but, unfortunately, not it still doesn’t cover the whole sphere of responsibility in relation to all other animals. Currently, the compulsory pet registration is defined by the Government as “difficult to enfoce”. The main problems is the cost of introducing the system; chosing the system to use, what kind of pets need to be chipped and what are the penalties for non-compliance with the mandatory registration. The last but not least – who will be in charge of overseeing the implementation. For the system to work, it needs to provide citizens with the possibility to comply at minimum cost – according to our estimates, not more than RUB 200 per chip.

This system would drastically reduce the current problem of free roaming owned dogs, abandoning animals on the street, danger of dog bites, and the amount of irresponsible owners; in general, it would definitely improve the whole pet ownership culture, as the system proved to work well in many developed countries.
The only thing that the State needs to do is to provide a software registration system. Although there is plenty of media articles filled with false optimism, the Committee of the State Duma on Natural Resources, Environment and Ecology, working on the draft of the “Federal Law On Responsible Treatment of Animals” has not shown real commitment to work in this direction. In general, the attitude towards any kind of pet registration system, is rather negative. And yet people continue to hope that the state doesn’t just drop populistic ideas for the media, but engages in real development and practical application of laws and offer viable solutions to problems related to animals.

For this to happen more professionals need to get involved, the government needs to attract experts and deep dive into existing proposals. Passing proper legislation will involve making difficult decisions that will not please everyone, even if they carry a sound welfare basis, such as taxation and mandatory registration, but it needs to be done, as without properly functioning humane animal-related laws there is no civilized accountable society.