After decades of “managing” stray population in the most horrific way, it now seems that the new epoque is here! The Chisinau city council unveiled that the era of “Necropolis” has come to an end. More about Necropolis or “hole of hell”  here: Moldova and its growing stray animal crisis.

But thanks to the relentless fight of volunteers, it doesn’t exist anymore: it is being reconstructed to become the FIRST SPAY AND NEUTER centre instead!

With support and governance of the temporary mayor’s office, the centre is undergoing complete rebranding  and is looking to open its doors at the end of October 2018.

What was there before: a temporary shelter for stray dogs with only two exits: being saved by volunteers or killed in the most horrific way, as humane euthanasia was never a common practice. No laws, no legislation protecting animals exacerbating inhumane handling of those condemned to death. No rehoming practices as such and almost no volunteers allowed on site.

What will it look like shortly: a neutering/spaying centre, acting as an emanation of the state and subsidised by the council. They will be neutering stray dogs and cats as per request of locals, as well as anyone who can’t afford to neuter their pet.

Forgotten Animals is consulting the council by sharing our know-how and best practices  and directing them toward the animal welfare practices accepted worldwide:

We will continuously advise the neutering centre and are looking forward to the successful partnership for animals and people!

Moldova is a poor tiny post-Soviet country bordered by Romania and Ukraine with the population of about 3 million. There is no animal welfare legislation or national animal protection agency, which means that all animal-related issues are taken care of by the population itself. Be it volunteers or very few small private shelters that rescue and try to rehome stray or abandoned animals or local municipal departments appointed to “clean” the streets from dogs and cats.

Needless to say, that most of the current practises used to regulate the number of stray animals are barbaric, to say the least.

Imagine being woken up by blood-chilling screams followed by gun shots and sounds of broken bones? When our volunteer Ana was a little kid living in her native Moldova, that was precisely what would happen every two or three months. Ana remembers that she never dared to look out of the window, afraid, that the world was coming to an end. Walking to school in the morning she and her friends would see traces of blood on the ground and notice that their beloved stray neighbourhood dogs would disappear.

Asking the adults about what was going on the response was always the same “There is nothing we can do”.

That was happening 20 years ago. That’s how local municipal services were “cleaning” the streets, when the amount of stray animals born from unneutered pets and abandoned by careless owners would reach a certain “visible” number. Neutering wasn’t an opinion back then. Neither was it promoted as being an only effective humane way to reduce stray population.

Shortsighted government officials busy with “real human problems” didn’t bother to come up with any other way of regulating the increasing number of stray animals. But obviously, despite these chilling massacres, the amount of four-legged tramps would only grow, as this approach was focusing on fighting the consequences, instead of the reason.

20 years passed since than. But not much has changed. This is still happening throughout Moldova. There are no municipal shelters, no state mass neutering campaigns, no regulatory body to oversee the even basic concepts of animal welfare, no attention to the problem from the government. However, one thing did change. Other cruel methods have been found. Now strays are being poisoned and die atrocious agonizing death under the eyes of Moldovan children, while thousands of new puppies and kittens born from unneutered cats and dogs join the stray army every day.

What are we doing about it.

After a thorough research and consideration, Ana – our project coordinator for Moldova, who was born there and grew up in Russia and the UK, realised that, in order to start successfully working and achieve actual results we has to start from roots. Educating the population on the importance of neutering and responsible treatment of animals, lobbying the humane animal welfare legislation and creating a culture of volunteering and animal advocacy in the region are out main priorities, as of now.This new understanding has implications on how we decide to work in the region, as our resources, both financial and human, are limited.

We are starting by building a strong Humane Education base as part of the school curriculum in one of the largest cities of Moldova and the local administration seems to be very open to it and supportive of the idea. If everything goes as planned, we will start in January 2018. We are currently preparing a project for the Ministry of Education to be reviewed at their next education and budget planning session.

More information to follow. Please support our work by donating and sharing. Thank you. 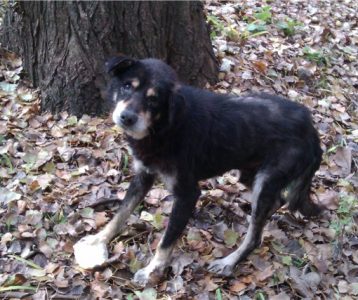 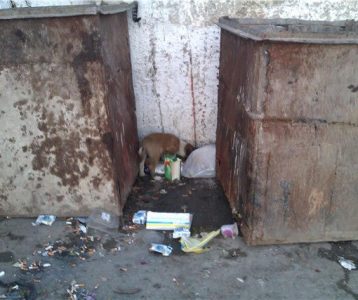