Suoyarvi is a small town of 10K residents located 140km northwest of Petrozavodsk, Republic of Karelia, Russia. As in most cities and towns throughout the former USSR countries, Suoyarvi had a severe stray animal crisis. Common issues, such as lack of Neutering Programmes and citizens’ indifference towards the problem result in the increase of stray animals uncontrollably reproducing with very little chance of survival and possibility of finding a home for the newly born kittens and puppies. Mostly, they are left to die getting hit by cars, hurt by other animals, extreme weather conditions or die of starvation and, sadly, human cruelty.

Despite its small size and bleak financial state, Suoyarvi is home to Russia’s pioneer animal shelter operating on the Western model of animal welfare that has since became an inspiration to the rest of the country.

The Forgotten Animals Suoyarvi shelter was founded by a small group of women led by an amazing volunteer – Rita Terehova. The local administration provided the land to build the shelter, with, however, no further financial support. Forgotten Animals helped build the shelter and implement proper practices. The shelter survives on Rita’s and her team’s personal funds and small donations, while the average personal income in the area is £90 per month .

Since opening its doors 4 years ago, the shelter has found homes for over 450 cats and dogs and is currently a temporary home for other 50, waiting to be rehomed.

Other achievements of this amazing group include: work with the local community through teaching responsible pet ownership in schools, organizing shelter visits and volunteering opportunities for students, participation in local events to raise awareness of issues, related to animals and organization of dog and cat adoption fairs.

In 4 years, stray animal situation in town has improved tremendously – stray dog population has been humanely taked under controll and decreased by 60%.

But, there still is a problem.

Suoyarvi, as most small towns in the country, doesn’t have a properly functioning modern veterinary clinic. The only tiny, state-run veterinary center is managed by one doctor and administrator is limited in resources and unable to cope with the amount of animals coming in from Suoyarvi and nearby villages.

The center doesn’t have any adequate medical equipment or medications and is often unable to help animals in need. Because of the lack of vet services, residents are often forced to travel to the region’s capital city of Petrozavodsk, 200 km away, a journey that is too expensive for the majority of Suoyarvi’s disadvantaged population, who, most of the time, give up and allow their unneutered pets to roam freely and contribute to the amoung of stray cats and dogs.

The shelter has been recently donated a space to be refurbished and used as the town’s First Private Vet Cabinet. The space in an empty shell and requires significant amount of work in order to be transformed into a 7-room modern vet clinic.

A local vet has completed the training organized by Forgotten Animals in partnership with Mayhew Animal home through our Improving Veterinary Standards Programme and is available to run the centre when it is built and offer veterinary services at the price cost, basically functioning as a nonprofit clinic.

Please see the full project in this presentation.

With your donation Suoyarvi will become the first town in Russia where no animals are suffering abandoned on the streets and set a positive example to hundreds of other towns across the region! 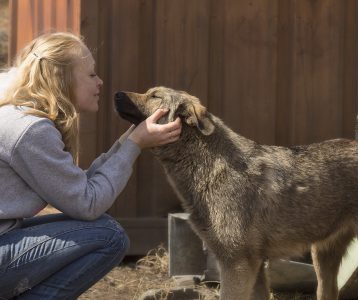 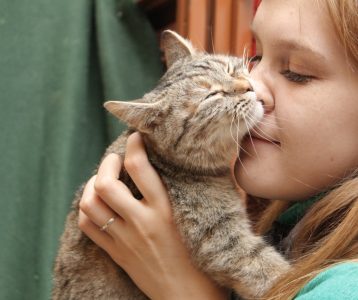 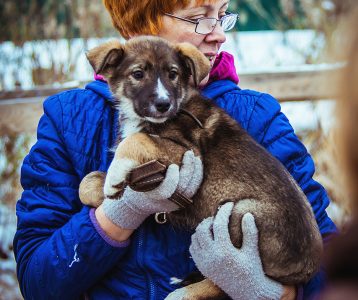